NASU Institute of Encyclopaedic Research is a research institution engaging in encyclopaedistics, settled as a non-profit public organization belonging to the National Academy of Science of Ukraine (NASU).

The Institute’s key project is the national multi-volumed Encyclopedia of Modern Ukraine (EMU). The preparation, compiling and publishing of the EMU’s next volumes as well as encyclopedia’s online version are now the main focuses of the Institute. In this sense, the role of the Institute is to research and describe Ukraine’s natural and historic heritage, today’s achievements in various fields using the encyclopedia format, as well as to rise awareness and understanding of the national and socio-cultural self-identity of Ukrainians who had long been under the influence of Soviet ideology.

In a broad sense, the Institute’s mission is to develop and coordinate the field of encyclopaedistics for academic and national benefit.

The Institute’s prehistory dates back to the early 1990s, when Ukraine gained independence, and the NASU began to collaborate closely with the Shevchenko Scientific Society in Europe (Ukrainian diaspora). The fundamental work of the Shevchenko Scientific Society in Europe is the Encyclopedia of Ukraine started in 1949 in Germany and completed in 1995 in Ukraine.

The Encyclopedia of Modern Ukraine was appeared by cooperation of both scientific organizations. The decision to create and publish a new encyclopedia on Ukraine was made by the NASU. This Encyclopedia was designed by methodological experience of colleagues from diaspora (it comes on encyclopaedistics school of Volodymyr Kubijovyč – Editor in Chief of the Encyclopedia of Ukraine). It was announced the purpose of new encyclopedia: to promote the formation and development of an independent Ukrainian nation, liberation from Soviet ideology and consolidation of the state sovereignty.

Since 1995 the NASU and the Shevchenko Scientific Society have been co-founders and co-publishers of the Encyclopedia of Modern Ukraine. The Encyclopedia’s Advisory Board was also formed (co-chairs: A.I. Zhukovskyi, I.M. Dziuba and O.M. Romaniv). The first volume appeared in 2001 and the online version of the Encyclopedia launched in 2014.

The Institute’s staff performs scholarly research projects analyzing the experience of encyclopedic field in Ukraine and worldwide, studying theoretical and methodological issues of compiling the encyclopedias, encyclopedic dictionaries, reference books, etc., as well as creating, compiling and producing encyclopedias on this scientific basis.

The main current encyclopedic project of the Institute is the Encyclopedia of Modern Ukraine. Today, this multi-volume work is available in a print edition and online. 21 volumes (out of 30) have now been published (Encyclopedia’s online version contains the same articles). The project continues to be in progress (the next volumes are being written).

Since 2008, the Institute is the organizer of the International Conference on Encyclopedia Studies (it takes place every two years). 5 conferences have now been completed; proceedings of each conference have been published.

Since 2009, the Institute is the founder of the Encyclopedia Herald of Ukraine (periodical). 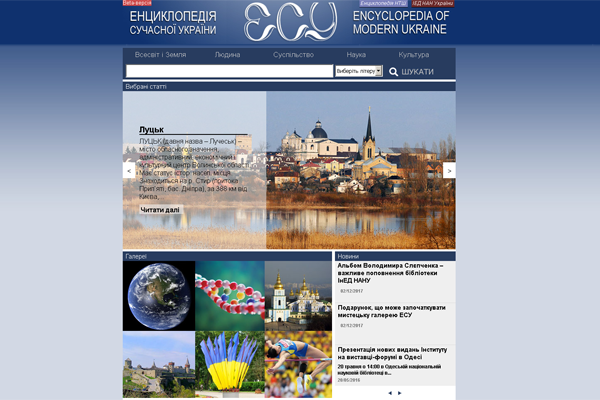 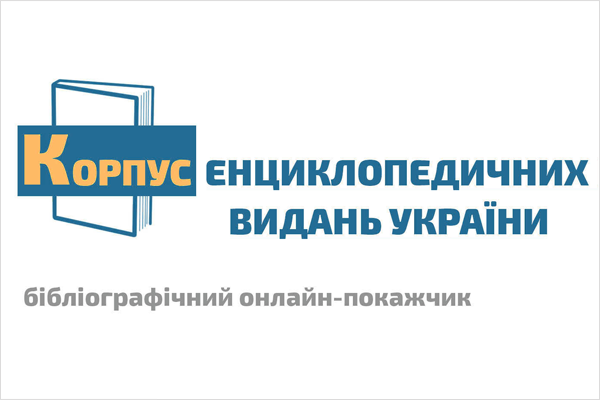 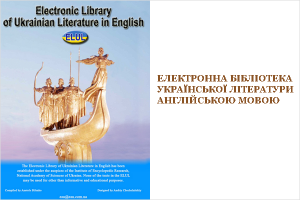